Hello again! It seems ages since I last updated my blog...probably because it's been ages since I last updated my blog. Please forgive me. It's been one crazy spring! After five months of winter (yes, five! So much for it being 'always sunny in Philadelphia'!), it finally stopped snowing, and we emerged, pale-faced, into this bright, blinding thing that I've learned is called "sunshine", and have since tried to enjoy it as much as possible. Meaning a lot less time spent in front of a computer screen.

Today, however, it is raining. Not just raining. Monsooning. Tempesting, even! I'm half expecting Moby Dick to drift past my window. Perfect day to post a DIY tutorial for making a Mary Poppins hat. After all, who better to remind us of robins feathering their nests, jolly holidays, and other fair-weather activities than the world's most practically perfect nanny?

So as promised in my last entry, Well Begun is Half Done (Otherwise Entitled, How to Throw a Mary Poppins-Themed Birthday Party from Scratch), and without further ado, here it is.

How to Make a Mary Poppins Hat from Scratch

Let's get started (and Michael, stop stravaging along behind!).

First, measure the circumference of your child's head. Using a compass- or if you're cool like me, a bowl the approximate size of your kid's head, like this nifty Star Wars bowl from Pottery Barn Kids, will do nicely- trace a circle onto the felt that is a little bigger than your measurement. You need to account for extra room in the hat (you don't want it to be tight), and also because we're going to add a slight ruffle, so you need some slack. Then trace another circle around the outside of that one, making it about 5 inches wider in each direction. 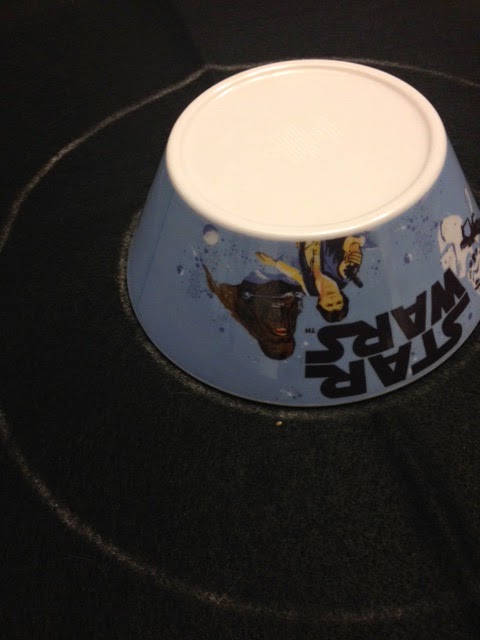 Next, you'll want to draw and cut out a rectangle in the felt with a length approximately equal to the circumference of your smaller circle, and about 4 inches wide. This will be the band of your hat. 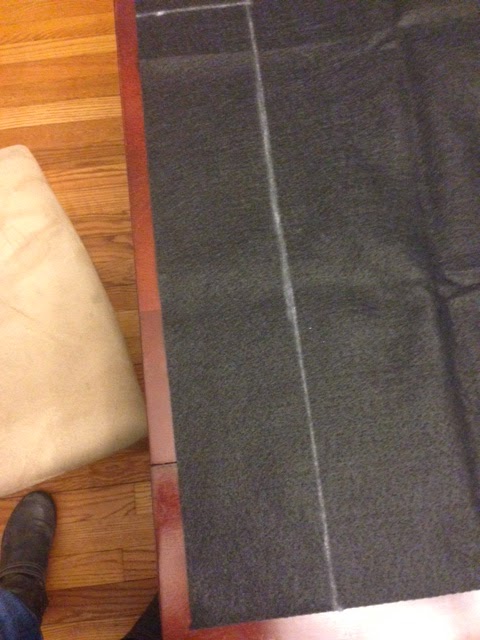 Cut this piece out and pin the two ends together, overlapping by about a 1/2 inch. Stitch together. 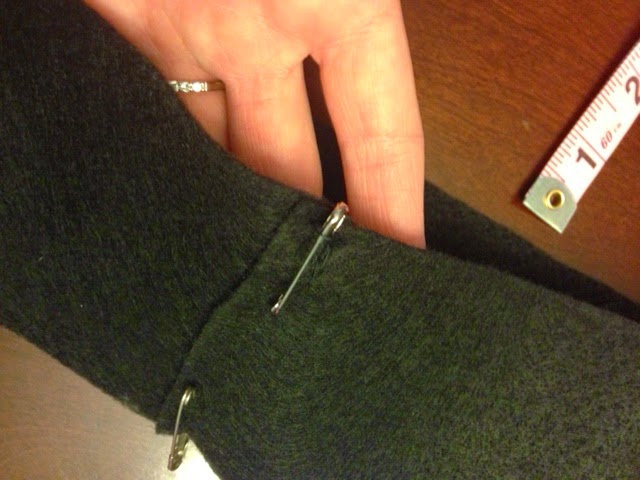 Next, we're going to attach the top to the band. Make sure that the sides where you've outlined in chalk are on the outside, as we are sewing this part inside-out. 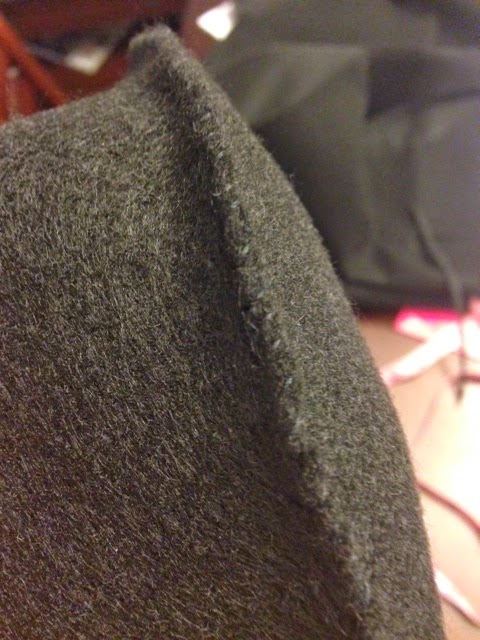 This part was pretty simple. I just hand-sewed the base to the top and flipped inside-out. I then manually pinched the crease to slightly rotate the fabric until I got it in the shape that I wanted.

Note: I don't really know how to sew, so I hand-stitch everything. I'm sure someone who knows how to sew could hammer this out much more neatly, but this is how I did it. If you have any suggestions for improvements, please post them (politely!) in the comments.

The next part, attaching the brim, is a little trickier but still not hard to do. Make sure the hat is turned right-side out before you begin, and make sure that you are attaching your brim so that the chalked side will be on the bottom. Carefully sew the edges of the brim and the hat together. Every so often, pinch the brim fabric together to make a tiny fold and sew that down, switching the direction that the fold is facing each time you do it. That will create the little ripple effect you see here: 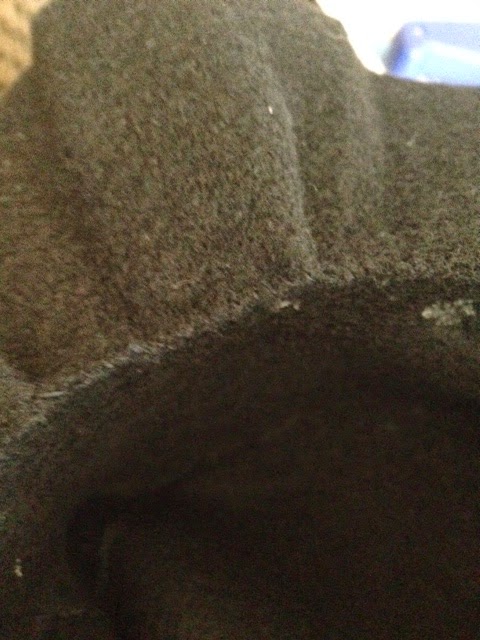 And of course, here: 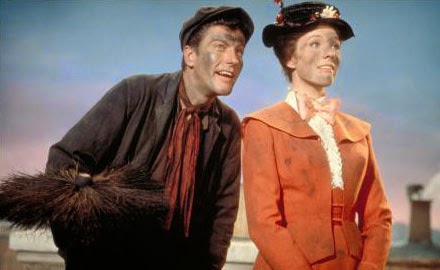 Don't put in too many; just enough to give it that floppy look. 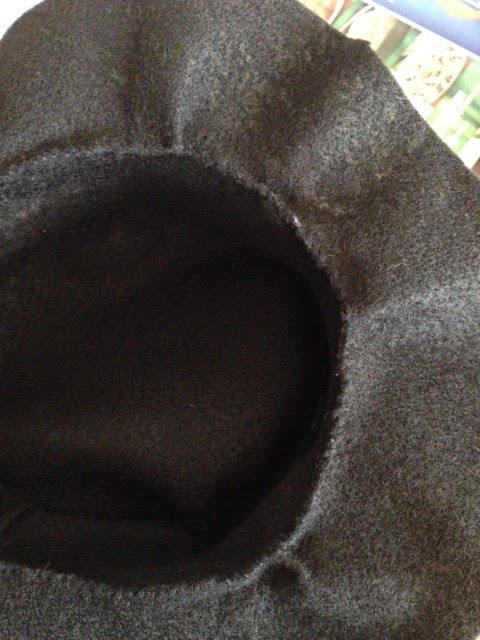 Now that you have your hat created, the fun part starts! Cut a piece of the ribbon the same length as your rectangle to fit around the hat, and hot-glue it around just above the brim. I would recommend putting dots of hot glue as opposed to using an allover adhesive, since we're going to be wedging a few flowers down behind it.

Of course, you can arrange the flowers any way you choose, but for a true Mary Poppins hat, you need that one daisy sticking up right behind your right ear. Otherwise, it's just another black hat, and "not at all attractive, to my way of thinking!" 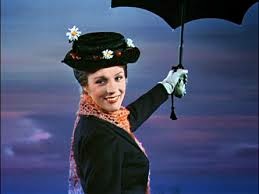 I couldn't find fake berries at the craft store that weren't super expensive, so I just used little red flowers and I think it has the same effect. However, for the sake of authenticity, I do recommend using berries instead.
Arrange them sporadically with just a few daisies: 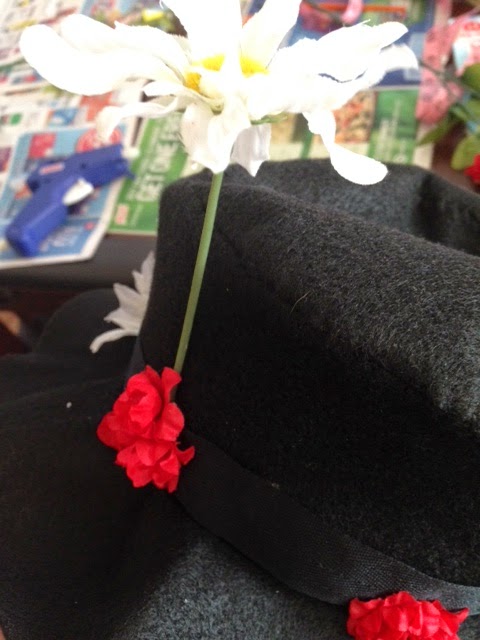 Once your flowers are added and dried, grab that glitter spray! If you watch the movie closely, you'll see that her hat has a bit of a glint to it. You may say that this effect comes from the laquered paint on the straw (no, her hat is not really felt. If you can figure out how to weave one out of straw, write your own darned tutorial); I say it's because she is magical!

Take your hat outside and lay it on some newspaper. I would put give yourself a wide berth with the newspaper, or you may end up with a very sparkly, festive porch like I did. It washed away, but not before giving my husband a slight stroke.

Shake up the can and lightly spray all over the hat, keeping it about 3 feet away from the hat. You don't want to go overboard, just give the hat a nice little sheen to make it extra special. 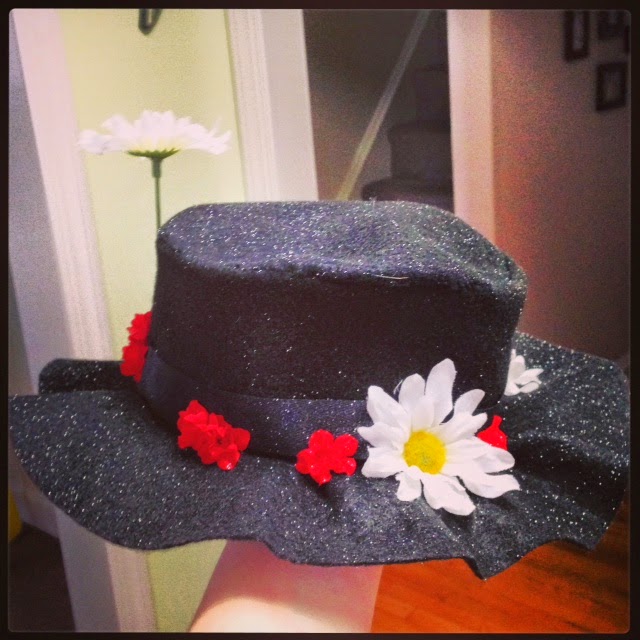 And voila! Your very own Mary Poppins hat, suitable for travel and high adventure!
Posted by momtoaladybug at 12:21 PM 2 comments:

momtoaladybug
Hi! I am the lucky mommy of a too-clever toddler girl and two affectionate, dysfunctional doggies.